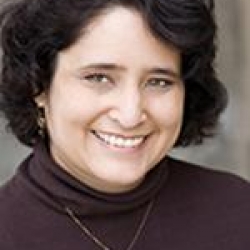 Theresa Roeder joined the department of Decision Sciences in 2005, after receiving her Ph.D. from UC Berkeley in 2004.

Her research is primarily in the field of discrete-event computer simulation, where she has worked extensively with the semiconductor industry. There, the focus is on investigating alternate approaches to simulation that would reduce the run times and/or development times.

Theresa is originally from Germany, and moved to California in 1999 after a five-year stint at Case Western Reserve University in Cleveland, OH. She is a happy member of the Oakland Symphony Chorus, on whose board she also serves.