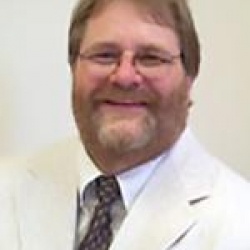 His main research focus is on cross-cultural and comparative management; specific research interests include acculturation, expatriation, repatriation, global leader development and the varying influence of culture on business behavior across nations. His long term focus is on Latin America, specifically on Mexico and the North American Free Trade Agreement. He has several dozen refereed publications and serves on various academy and journal review boards. Fluent in Spanish, Professor Nicholson has served for many years as a Fulbright Senior Specialist on Latin America.

Professor Nicholson began his teaching career over 30 years ago, teaching in and directing an English as a Second Language (ESL) program for Vietnamese refugees at Central Washington University, where he received his B.A. in Spanish with a minor in German. He taught Spanish at Washington State University for two years where he studied graduate Spanish and French language and literature. Professor Nicholson subsequently served for a decade as the Director of International Student Programs at Gonzaga University (Jesuit) where he founded and directed another ESL Program.

He taught Strategic Management, Organizational Behavior, Human Resource Management and Introduction to Management courses in business at the Florida State University for four years before joining Illinois State University. At Illinois State, he served as the Academic Director of the interdisciplinary International Business major and also served as Director of the Business Study Abroad Programs in France, England, Germany and Mexico. He was awarded his first tenure iand promoted to Associate Professor at ISU in 1995. While at ISU, Professor Nicholson founded and directed the Summer International Business Institute (SIBI) which brought together students from all over the world to study International Business (a reverse study abroad program which had ISU sutdent particpants). The SIBI students nicknamed him "Papa Joel".